What species of dolphins are found in Byron Bay? 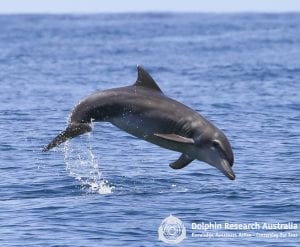 species; the Indo-Pacific bottlenose dolphins.  These dolphins are commonly found in Cape Byron Marine Park and we estimate the approximate size of the population to be 865 dolphins  95% (C.I. ± 861-869) (between Brunswick Heads and Ballina to 3 Nautical Miles seaward). This population consists of resident, semi-resident and transient individual dolphins.

Unlike their larger cousins, the humpback whale, most dolphin species are non-migratory and occupy specific home ranges. Within their home ranges, they will have their favorite hunting and resting grounds. In the Byron-Ballina region, bottlenose dolphins use different areas and habitat along the coast are used for different purposes. For example, the rocky reefs around Lennox Head are important feeding areas, as is the Richmond River estuary.

Bottlenose dolphins can form very strong bonds, most often with other individuals of the same sex. In many areas, and we believe it is similar in our region, bottlenose dolphin societies are sexually segregated. Where males from strong bonds form alliances made of 3-4 individuals. Whereas females maintain large networks of associates and strong bonds being formed between mothers that have offspring of similar ages .

Although bottlenose dolphins can breed and give birth all year round, we do see a peak in the number of newborn calves during late Summer to early Autumn. Female bottlenose dolphins of Byron Bay will give birth every 2-4 years. Offspring will be reliant on their mothers for at least 4 years and likely up to 8-10 years of age when they reach sexual maturity. 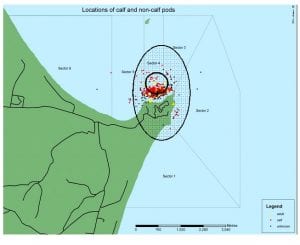 Our research has just begun to shed light on the lives and needs of dolphins in the Byron Bay region. There are many questions that remain unanswered including whether the how many resident dolphins are there, are their populations are stable, increasing or declining and the survival rates of offspring? How will climate change impact coastal dolphin populations? Our ongoing research will continue to focus on the life histories of individuals, the health and trends of the populations and conservation priorities.

Learn more about the dolphins of the Byron Bay and Ballina region and download our booklet.