You are here: Home / About Us / News / Research / Healthy Waterways-Healthy Dolphins 2019 Progress Report 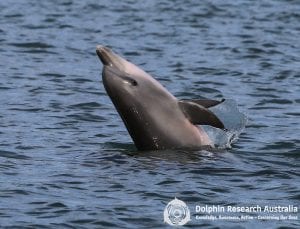 Our Healthy Waterways-Healthy Dolphins Project was officially launched in June 2018. The Project aims to understand the health, abundance, residency patterns and habitat use of dolphins that use the estuaries of South East Queensland and Northern New South Wales. The project delves into the lives of the dolphin communities that rely on the Gold Coast-Broadwater, Queensland, Tweed River and Richmond Rivers, New South Wales.

Estuarine communities of bottlenose dolphins are particularly vulnerable to decline due to elevated exposures to anthropogenic activities and habitat degradation that are concentrated along coastal fringes and more precisely around estuarine areas where the majority of urbanized and industrial activities occur.

Concerns for the health of dolphin populations in this region have recently escalated following the detection of viruses in stranded animals as well as the key threats including shark nets and degradation of coastal habitats from coastal development and agricultural practices, pollution, vessel activities, fishing interactions, and decreased prey availability.

Despite these concerns and the economic, social, cultural and environmental value of dolphin communities in Northern New South Wales and South East Queensland region, we know little about their health and survival. Are their numbers stable? Do their calves survive to maturity? Do they have the capacity to withstand the existing threats – particularly if they use degraded estuarine habitats every day? These are the questions, our Healthy Waterways-Healthy Dolphins Project endeavours to find out using current records from surveys obtained at each site to historic records collected prior to 2018.

In the first year of the project, our Dolphin Ambassador Citizen Science teams completed 51 surveys (190 hours) and observed 36 groups across all sites. The majority of groups observed were female Indo-Pacific bottlenose dolphins (Tursiops aduncus) with dependent calves engaged in foraging behaviours. Long-term site fidelity was evident with some individuals resighted multiple times across the 2018/19 sampling period and in historic surveys.

Linear encounter rates (LER), number of dolphins per hour (DPH) and average group sizes in the Tweed River were 50% less in 2018/19 compared to 2010/11. Similarly, group sizes were also 50% smaller in the Gold Coast-Broadwater 2018/19 compared to 2010/11, however, LER and DPH remained comparable at this site over the same time periods. These differences are possibly related to large differences in environmental conditions caused by heavy rainfall in 2010/11 and below average rainfall in 2018/19, however further investigation is required to confirm this.

Fourteen dolphin stranding events were recorded in the Northern Rivers and Gold Coast region in 2018 to June 2019. Detailed assessments were made of 12 animals with the majority of individuals being immature male Indo-Pacific bottlenose dolphins.

Ongoing efforts will focus on continuing surveys at each site to determine the health, status and abundance of communities of dolphins that utilise the Tweed River, Richmond River and Gold Coast-Broadwater estuaries.

You can download the full progress report below to find out the full details of what we’ve found so far.

Mari (id#398) is a female Indo-Pacific bottlenose dolphin who lives along the coast of Ballina, New South Wales. Mari is regularly enters the Richmond River estuary primarily to feed. We first encountered Mari in 2009 as she was interacting with a Southern Right Whale just near the entrance to the Richmond River. In May of 2009, Mari became entrapped in the Prospect Lake, a man-made feature in the Richmond River just after giving birth. She and her calf were successfully rescued and relocated back into the coastal waters of Ballina. In 2016, during our surveys of the Richmond River, we encountered Mari feeding in the Richmond River with another calf. In 2019, during our next set of surveys and at the commencement of our Healthy Waterways-Healthy Dolphins Project (which now includes monthly surveys of the River), we encountered Mari again. This time she was in the company of an young adult we’ve named Keeva (id#1110). In October 2019, Keeva gave birth to calf and Mari was seen remaining close to her daughter and her new grandchild. 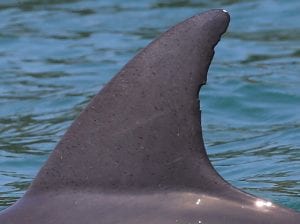 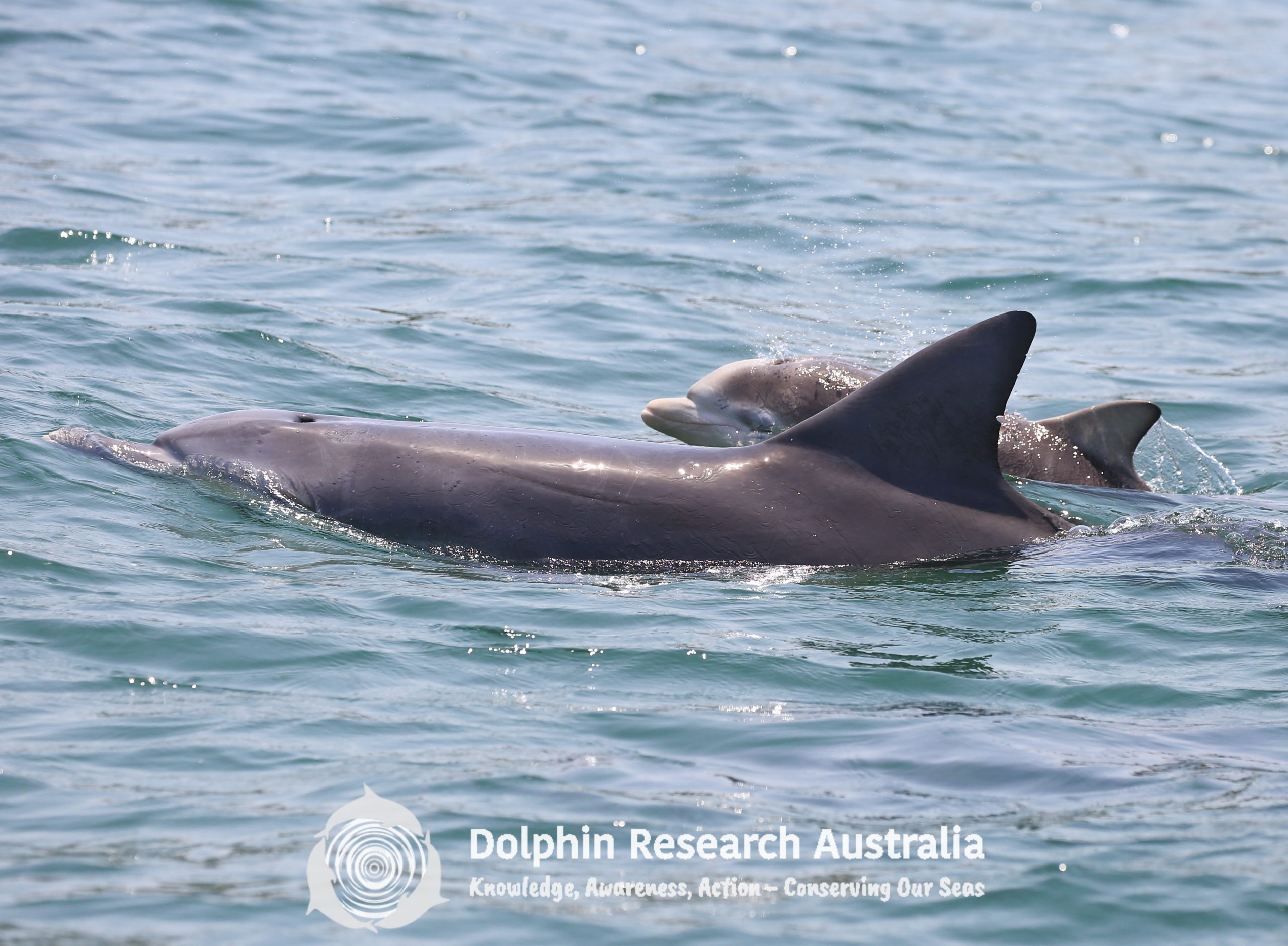 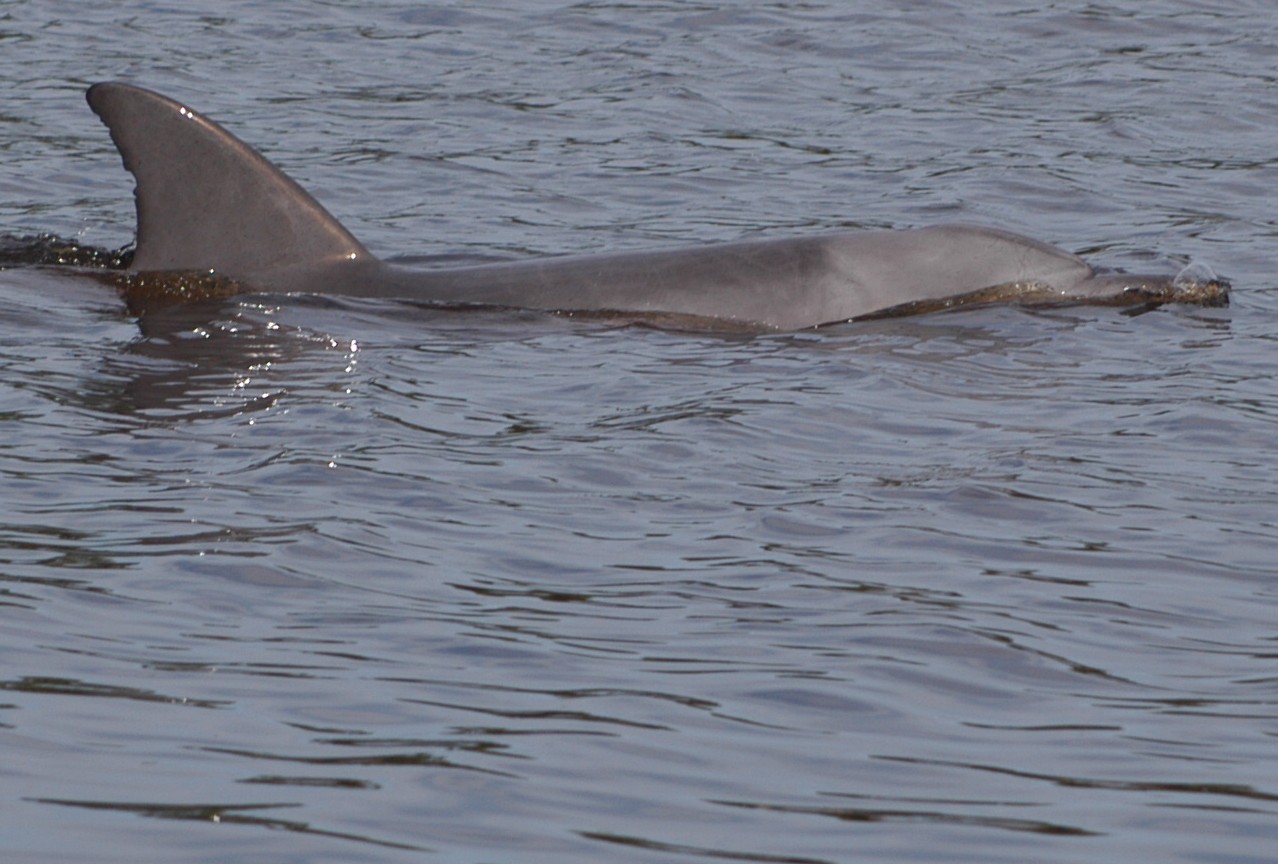