You are here: Home / About Us / News / Education / Swept Away: Dolphins & Floods

Over the last summer, the East Coast of Australia has experienced extensive major flooding. More intense and regular flooding weather conditions are predicted into the future as a result of climatic changes from global warming. How will this impact coastal dolphin populations? 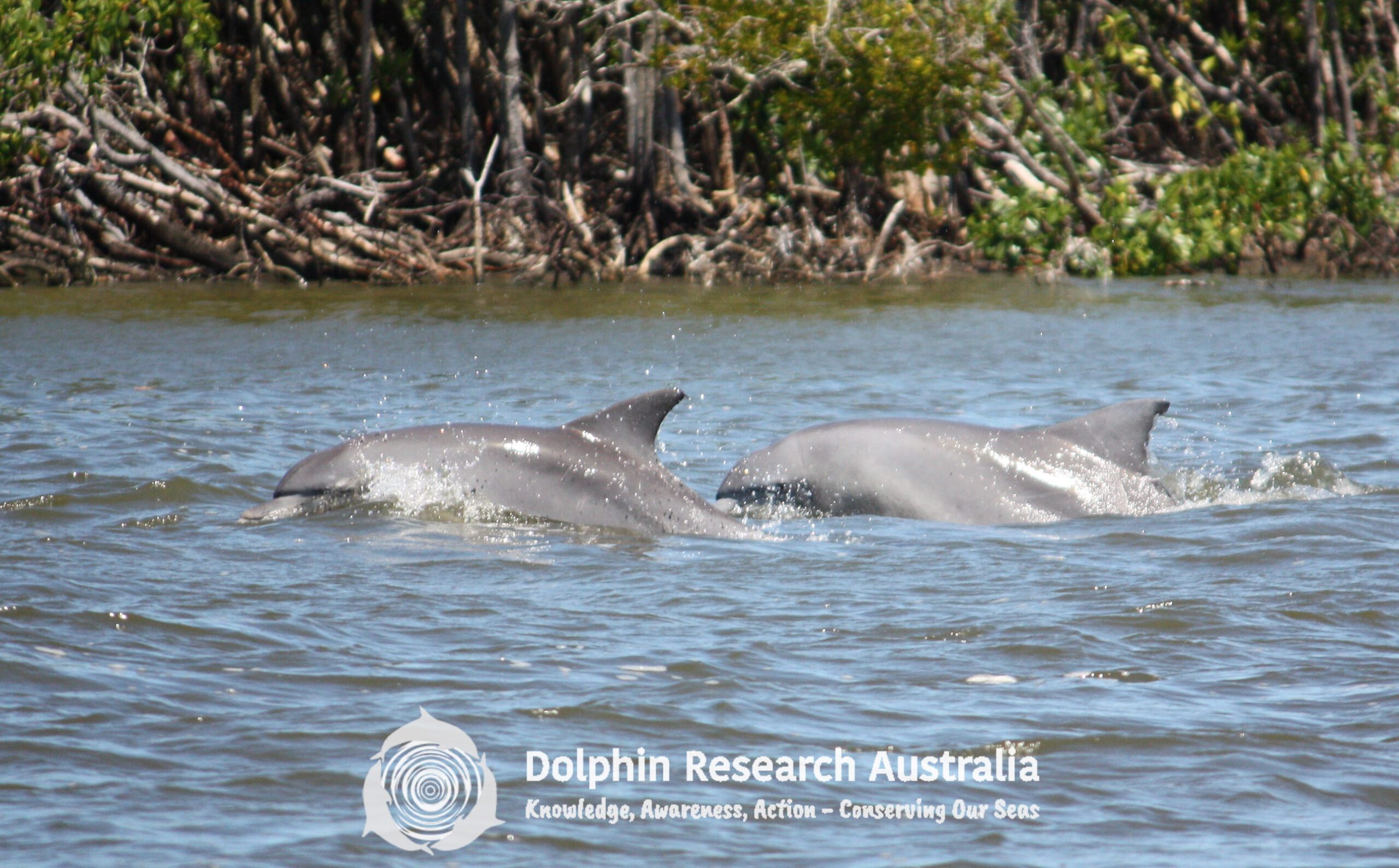 How do these major weather events impact coastal dolphins?

Bottlenose dolphins (Tursiops aduncus and Tursiops truncatus) are some of the most commonly occurring species in tropical and temperate regions globally. These species are found close inshore and many populations and communities are highly resident to particular geographic areas. Some are highly dependent on estuaries which are barriers between the oceanic waters and freshwater river regions. These habitats can which provide food and shelter on a daily basis, particularly for mothers with dependent offspring who will move in and out of estuaries with the tides.

Like most other species of cetaceans, bottlenose dolphins are unable to tolerate low levels of salinity and although they may spend short periods of time in freshwater (typically upstream in rivers), they simply are unable to survive for long periods of time in these conditions. There are just few exceptions to this among the cetaceans, with three species (Amazon, Ganges and Indus River dolphins) spending their entire lives in freshwater environments.

In heavy periods of rain, the freshwater runoff increases dramatically in river and estuarine systems. The salinity and oxygen levels in these habitats decrease while the level of turbidity (and sedimentation) can increase for weeks, sometimes months, after the rainfall event. Along with this can be increased debris – including natural debris from vegetation and debris from human rubbish and sewage which can be extensive.

Environmental changes that arise as a result of flooding in estuaries and coastal zones create highly unfavourable conditions for dolphins. In the short-term, bottlenose dolphins can be displaced from their core areas until conditions become favourable once again. A study on the North Coast of New South Wales, Australia, found that dolphins did not use estuaries for up to 3 weeks following a flood event – compared to almost daily use outside these events. The time it took the dolphins to return to the estuaries was dependent on the severity of the flood and the return of their key prey that live in the estuaries. During flooding events, these prey sources can be washed away, experience mass die offs and then have long periods of recovery following the event.

Displacement or movement away from flood affected areas may not always eventuate or be possible for dolphin communities. In the United States, records of dolphins becoming displaced inland have been recorded following hurricane events. Stuck in storm surges, bottlenose dolphins have been found alive after being carried into roadside ditches, paddocks and canals up to 11km inland. While some dolphins may find themselves swept away, others may have no choice but to persist in flood affected areas. This can expose these dolphins to decreases in prey availability and habitat quality which in turn can cause detriment to their health by increasing risk of injury and compromising immune systems, on top of which they also must combat lower levels of salinity and increased pollutants.

In the long-term, flooding events can cause decreased survival, habitat degradation, decreased prey availability and healthd declines. Flooding events have been linked to increased mortalities in bottlenose dolphins – possibly for years after the event. The decline in habitat quality and exposure to lower levels of salinity has also been linked to a rise in the occurrence of skin diseases, such as lobomycosis and freshwater disease, in bottlenose dolphins. Although bottlenose dolphins can recover from such diseases over time and in the right conditions, prolonged exposure to multiple stressors can result in mortality.

Why is it that cetacean species, such as bottlenose dolphins, are unable to live in freshwater?

Long periods of time spent in freshwater alter the bottlenose dolphins’ osmoregulation ability. Osmoregulation maintains the balance of fluids and electrolytes in their body. In freshwater, this ability is compromised and the dolphins cannot maintain the right balance of fluids experiencing chronic changes in their concentrations of salinity, sodium and chloride. Additionally, their skin begins to slough and peel, they become unable to heal wounds and even maintain buoyancy for long periods of time in freshwater. Between these physiological and chemical changes, coupled with the lack of appropriate food, the dolphins can also become chronically dehydrated. Dolphins receive hydration from their food, their system is hardwired to filter excess salt. They are simply not built to live in freshwater – but perhaps this could be the future of their evolution.

Can evolution work fast enough to protect the coastal dolphin populations or will we begin to see more populations experiencing higher rates of displacement, illness and mortality as a result of increased flooding and severe weather events? The later is unfortunately more likely as the rate of global warming and climatic changes is occurring at a rapid pace.

This article was featured in Issue 2 CetusGeo Dolphin & Whale Magazine. To read more and download the full issue head to our online store.

Support Us & Go in the Draw to Win!